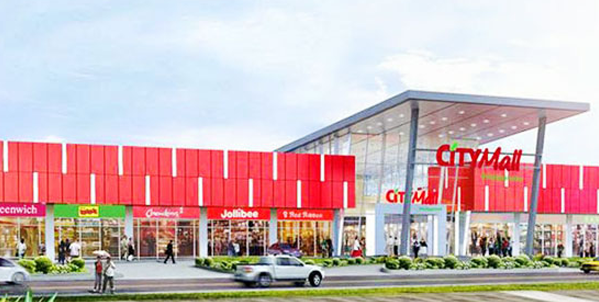 LISTED DoubleDragon Properties Corp. is aiming to have at least 30 operational CityMalls by the end of 2017, putting it on track to reaching its goal of 100 community malls around the country by 2020.

“This year, we expect to have a total of 50 built-up CityMalls and at least 30 of which will be operational by the end of this year 2017,” said DoubleDragon Chairman and Chief Executive Officer, Edgar J. Sia in an e-mail to BusinessWorld.

Mr. Sia said CityMalls in provincial locations in Luzon, Visayas and Mindanao, are expected to be operating this year.

Mr. Sia said CityMalls will “officially become the largest branded community chain in the Philippines” by the end of the year.

“We are happy with the outcome of our operating CityMalls,” said Mr. Sia, noting that their focus on provincial areas gives them an advantage amid retail’s move beyond Metro Manila and urban centers.

“These modern retail companies have for many years already saturated the bigger first and second tier cities of the Philippines. And these CityMalls we are building will enable these modern retail brands to ensure that they will have enough source of growth in the next decades,” Mr. Sia added.

The DoubleDragon executive noted there are 140 cities, mostly third-tier cities, in the country that are not yet served by many modern retail brands.

“We forsee that in the next 2 to 3 years, the shift from traditional retail to modern retail in the provinces will already touch the inflection point. At that point we expect CityMalls to be the biggest beneficiary of that rare transition,” Mr. Sia said.

Meanwhile, DoubleDragon is also targeting to complete by year-end its flagship project in Metro Manila -- DoubleDragon Plaza at DD Meridian Park in the Bay Area near SM Mall of Asia.

The property company will transfer its headquarters to DoubleDragon Plaza.

Meanwhile, several provincial CityMalls are also expected to launch the first batch of cinemas operated by media giant ABS-CBN Corp. by the second quarter of the year.

Last month, CityMall and ABS-CBN signed an agreement to partner in the roll out of cinemas in various provincial areas.

Aside from mall and office developments, DoubleDragon has also made a foray into the hospitality sector. In October, the company announced its subsidiary Hotel of Asia, Inc. doubled its inventory target to 2,000 rooms under the JinJiang Inn brand by 2020.

In the nine months to September 2016, DoubleDragon booked a 7% year-on-year increase in net income to P761 million, following a 15% surge in revenues to P1.99 billion. Its rental income rose fivefold to P152.2 million with the opening of more malls.